Joe Jeter was born on January 22, 1930 in Cooper, Texas.  Like his brother, Don, Joe grew up farming and also working behind the soda fountain at his Uncle Greaver’s drug store, and also at Hooten’s and City Drugs.

He graduated from Cooper High School in 1946 and then attended ETSU (Texas A&M at Commerce).   While there, Joe worked with D. Todd as a telegraph operator at the train depot in Commerce.   Later he worked in the Houston area as a telegrapher.

After graduating with a degree in chemistry, they moved to the Temple area where Joe worked as a chemist.  After retiring, Joe acted occasionally in bit parts on Walker, Texas Ranger. 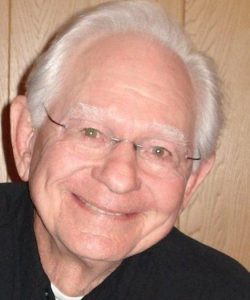 Randy has one daughter, Alyssa Morgan Jeter, born on February 3, 2000 in Dallas, Texas.