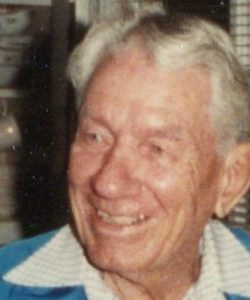 Pete Miller was born on February 2, 1910.  He was 15 when his Dad died.  He became one of the most  colorful “Characters” of his time around Cooper.  He graduated from East Texas Training School in commerce, Texas, and attended ETSTC (Texas A&M Commerce).  Between school and the war, Pete worked at his brother’s drugstore, Miller’s Pharmacy, and later as an inspector for the Highway Department.  Single and Depression bound, Pete had a variety of interesting jobs from cleaning water towers to service station attendant.  He was known during this time as a “Daredevil”.  He, his brother Manton and others were famous in Cooper for their motorcycle and auto stunts, which were popular in those times.

Pete’s flying career really kicked of after W.W. II with the purchase of a war surplus Stearman at Tinker Field in Oklahoma City.  His first  real flight lesson was on the trip home from Oklahoma.  After a few more rounds in Atlanta, Texas he soloed the plane the next day.

Over the years, Pete ran into a number of interesting situations know by the FAA as “incidents”.  It is a testament to his flying skills that none resulted in any injuries.

In 1933, Pete and Manton rode a Harley Davidson motorcycle to the Chicago World’s Fair.  Pete lost his wallet early on and so the duo had to subsist on half the money that they had counted on.  There were many toll roads along the way.

In 1940, Pete joined the Canadian Air Force, hoping to fly.  Failing to qualify, he left and joined the U.S. Army, but was discharged citing medical reasons. 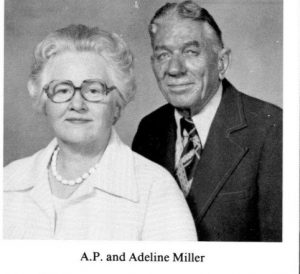 Adeline was born on September 29, 1922.  Pete and  Adeline married on n September 30, 1944. She was the daughter of Sam Martin, a merchant and deputy sheriff.

They moved to Atlanta, Texas where Pete worked as a mechanic  Later Pete bought a Pontiac dealership in Jefferson, Texas.  He lhas also owned a bottling company, a washerateria and one of the first Japanese motorcycle and car dealerships in Texarkana, Texas.

During his years in Atlanta, Pete was instrumental in developing the Atlanta Airport.  He spent a lot of his time with flying friends.  Often Pete would fly to Cooper and “buzz” the square, a signal for someone to pick him up out at a local pasture or farm road.  Sometimes he would arrange to meet Manton for a wiener roast at the Miller farm, sleep all night, then fly home to Atlanta at sunrise.  Pete retired at age 80and passed away on July 16, 1997. 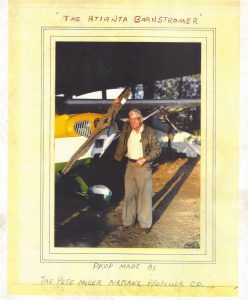