Originally established on the North side of the square in 1923.  Greaver had a drugstore sign of neon made for his store.  That sign was moved when Greaver moved the drugstore to the southeast corner as a result of his purchasing the Farmer’s National Bank building from Cleveland Ratlif.  The sign is still prominently lighted with neon today.  Greaver moved the drugstore and his “Upstairs Doctors” to the new location in 1930 and changed the name to Miller’s Pharmacy. 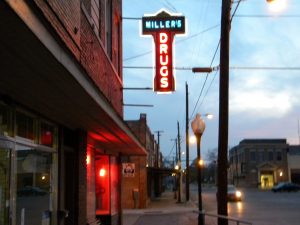 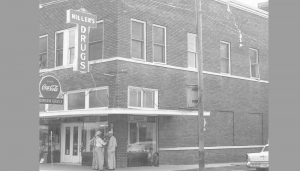 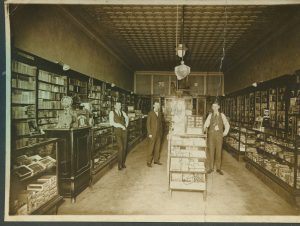 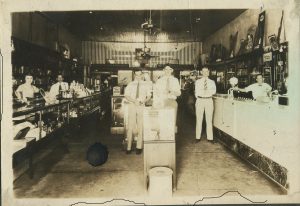