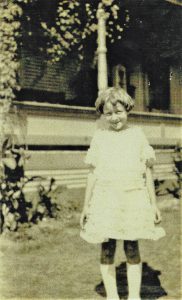 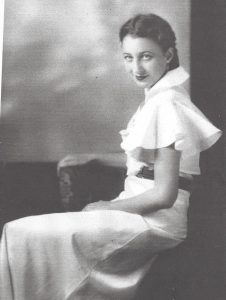 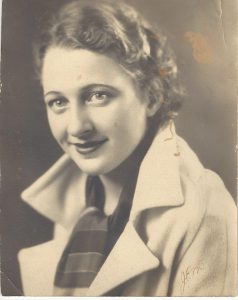 She attended Mary Harden Baylor in Belton, Texas for three years before transferring to The University of Wisconsin due to a scholarship in Theater she had earned.  Immediately upon graduation in 1937, Elaine visited New York hoping to score an interview with a Theater producer.  After a month,

She did meet Helen Hayes and rode back to New York with her from a summer stock performance somewhere in New England.  After returning to Cooper, Elaine took a teaching position in Wolfe City.  In 1939, she married her high school sweetheart E. G. Pharr, son of Ruby Pharr Miller of Sulphur Springs and Cooper, who was serving as the Delta County District Attorney.  Shortly thereafter they moved to Texarkana, Texas where he practiced with a private law firm.  Both Elaine and E.G. participated in the Little Theater, where she was often the leading lady. 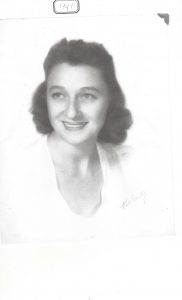 In 1942, the couple moved to Austin, Texas where E.G. worked under the State Attorney General. Gerald Mann.  During their time in Austin their first daughter, Elen Miller was born.  Beginning in 1944, E.G. served in the U.S. Army as a Leutenant.  While in Manilla, Elaine and Elen moved back to Cooper where on May 5, 1946, Jane Elizabeth was born.  Upon returning from the War, Elaine, E.G. and the girls moved to Lubbock where E.G. eventually started a private practice with Lloyd Crossland.

Elaine was active in the Junior League of Lubbock, where she preformed in the Follies as a solo act singing “Ball in the Jack”! 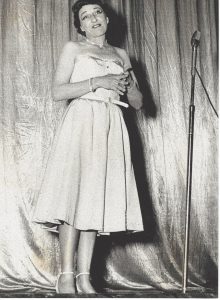 She started and then led Janey’s Bluebird and Campfire groups from her 1st grade through high school graduation.  She was active as the Room Mother for both daughters at various times through their schooling and  also participated in forming and/or running the local dance clubs both Elen and Janey belonged to.  She , E.G. and the girls traveled from time to time visiting Mexico, New Mexico and even rode a sleeper train all the way to Detroit where they picked up their new yellow and black Dodge station wagon. From there they proceeded to Mackinaw island and then  traveled back to Texas in their new car.

After the death of E’G’ in 1974,  Elaine moved to Dallas where both daughter’s and their families lived.  She died on April 28, 2006 after a short illness. She is survuved by 2 daughters, Elen and Janey; 4 grandchildren, Susan, David, Johnny and Caroline; and 2 great grandsons, Zachary and Matthew. 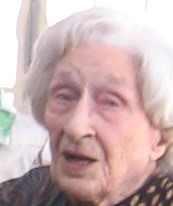 Both daughters graduated from SMU . (SEE MORE IN EACH OF THEIR PAGES)