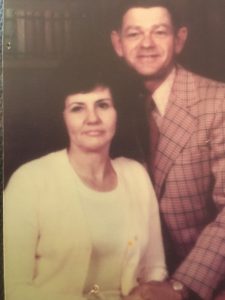 Don Miller Jeter, also known as “Horn-Blow Hooley” was born to Audrey Mozelle Jeter and  Sam Jeter on ???, 1922?  Along with his brother, Jos, Don grew up farming.  He also learned the soda fountain business in his Uncle Greaver’s store.  He was a bands-man early on.  In 1944, after graduating from Cooper High School, Don joined the US Army as a musician, where he served in France, entertaining the troops with the “Big Band” sound. 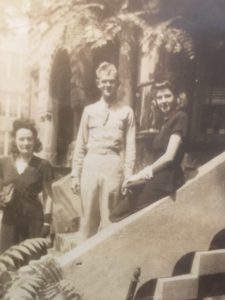 After the war, Don attended ETSU (Texas A&M at Commerce),  he teamed with high school chums, Lafalco Robinson and Bobby Wickersham, in their own band.  He graduated with a degree in Music.  He married Joyce Yancey and they had six children, Stan, Kim, Mark, Cynthia, James and Penny.  He was band director at Linden, Magnolia and Corpus Christi  high schools.  Don died in 1989.