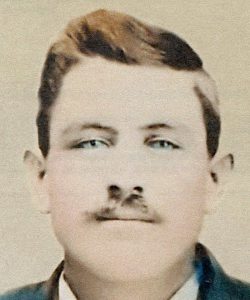 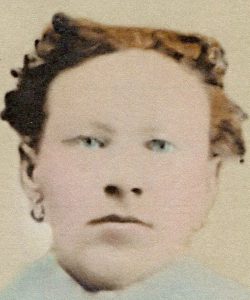 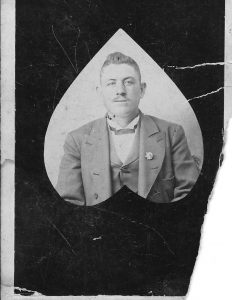 A.P. was born on January 31, 1872 to William Lewis and Nancy Jane Miller in Shiloh, Delta County.  He married a Gough girl, Louella Wynn, born February 25, 1875, the daughter of another old Pioneer and Civil War veteran, Hiram Greaver Wynn and Louisa Caroline Martin.  Andrew Pratt, known simply as “An” or A.P. was successful at building, buying and selling, realty.  In 1894 around the time he married Louella, he bought the County Line Store which was located in what later became the community of Yowell.

In 1905 or 1906, Miller and some other men bought land on the South Sulphur river called the Johnson Pasture.   He sold the store and and bought a house in Cooper.  While moving to Cooper, the roads were so muddy that they stopped at Klondike.  Miller bought two houses there (probably got a good deal).  In May, 1907 they finally arrived in Cooper where their first house was located where the telephone company is now. 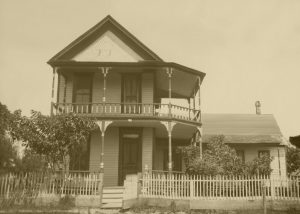 In the Fall of 1910 they moved again to a house near the cotton yard. 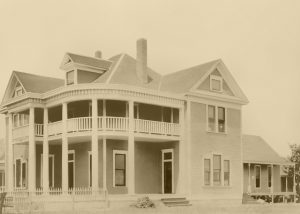 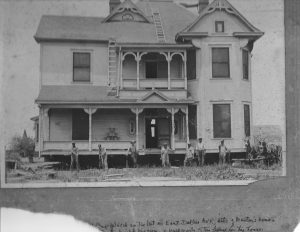 Their last move was in 1924 when they moved back to the West Dallas home (see memories of the “Old Homestead” on a separate page).

Besides buying and selling houses, A.P. owned and farmed a farm of several hundred acres on the Sulphur River south of Liberty Grove in Delta County.  He was also well known as a horse trader.  He helped oldest son, Greaver buy a drugstore that has remained in the family to this day.

He and Louella raised 8 children (3 more, all boys, died in infancy).  All the children grew up in Cooper, Texas in a time of World Wars and the Depression.  A.P. died suddenly on April 27, 1925 when 5 of the 8 were just children leaving Louella to raise them the best she could.  Luckily there was some endowment.

Louella finished the local school with a love of reading.  It was important to her that her children receive a good education. 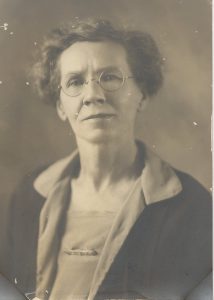 The Wars and Depression ended and the children educated themselves, became teachers, businessmen and yes, farmers, too.  They raised families and have a distinct sense of their Delta County roots and the traditions and faith that five generations of family and Christian service has given them.  Louella, known as Mamau by her 15 grandchildren, died on June 9, 1950 in Cooper, Texas. 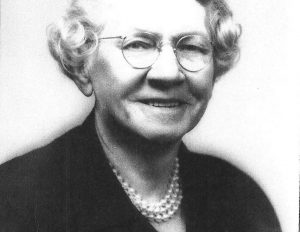 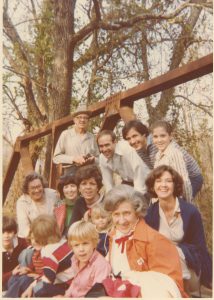 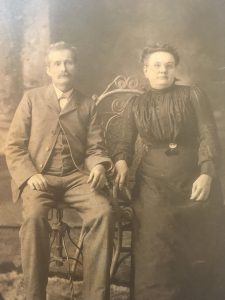